If you are an Apple Music subscriber, you must know that Apple Music used to provide lossy compressed music files up to 256kbps in AAC format, which is certainly enough for general users. However, now in the 5G era, data access capabilities have been greatly improved. We can enjoy and keep larger lossless music files. In this way, to give all users a better experience when listening to Apple Music, Apple announced its support for Dolby Atmos as well as lossless audio files.

Unlike Spotify HiFi and Tidal HiFi, Apple Music lossless audio is included in the basic Apple Music subscription tier. It costs you less money to get lossless audio. However, to truly enjoy the feature, some preparation is required. Here are some tips. Let’s see how to stream lossless music on Apple Music and how to export ALAC files from Apple Music. 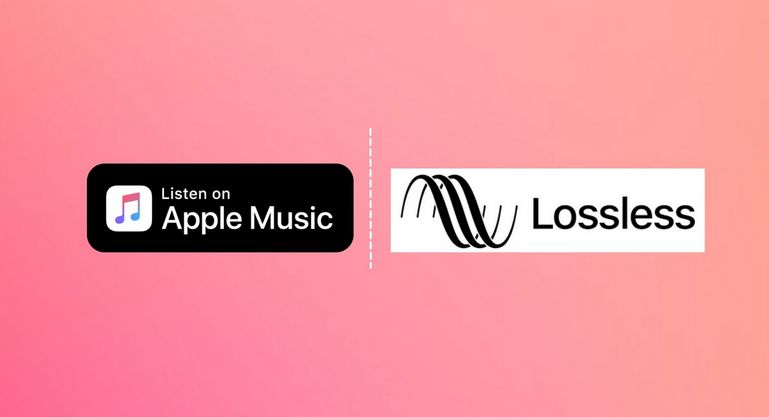 Apple Music Lossless files are in M4P format with the .m4a extension. Although it has the same file extension as AAC, they are different. It is similar to other lossless codecs, such as FLAC. The file sizes of FLAC and ALAC are smaller than raw WAV files but bigger than those of MP3. So why did Apple Music choose ALAC instead of FLAC? The answer is that it is compatible with iTunes and iOS. You can still use iTunes to manage your Apple Music or iCloud Music Library.

However, Bluetooth connections don’t support apple music lossless audio. That’s to say, the AirPods, AirPods Pro, AirPods Max, AirPods (3rd generation), and Beats wireless headphones are all unable to support lossless audio for they depend on the AAC Bluetooth Codec.

In the latest episode of FrontPage Tech, Prosser mentioned Apple's big announcement regarding changes to Apple Music, which includes they are planning to bring lossless audio to its entire Apple Music library by the end of the year. This move will enable the AirPods users to hear ALAC tracks, but no timeline is provided.

How to download ALAC files from Apple Music for listening offline? The first step you should do is to turn Lossless on your iPhones, iPads or Macs. Let’s see the detailed operation.

To stream or download lossless apple music on an iPhone or iPad. Open the Settings app. Select the Music option from the menu. Now select Audio Quality. On the Audio Quality page, you should hit Lossless Audio to toggle the feature.

Tips: Play a song after turning on the Lossless option, the word "Lossless" will appear on the Now Playing screen. 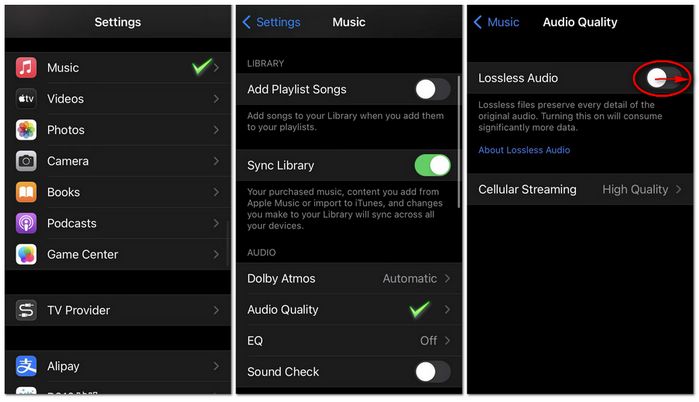 To enable lossless music in a computer with a macOS system, you should open the Music app from the Dock. Choose Music > Preferences, then click on the Playback option. And you can follow one of the choices below: 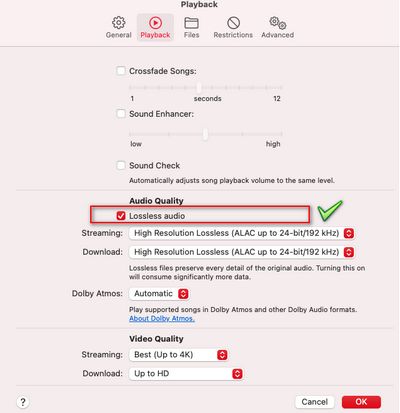 The Tool You Need:

Step 1 Start NoteCable Atunes Music Converter from your windows or mac. Click on the Open Apple Music Web Player and then sign in with your Apple ID.

Note: If you are a new Apple Music user, you can sign up for a 3-month free trial account. 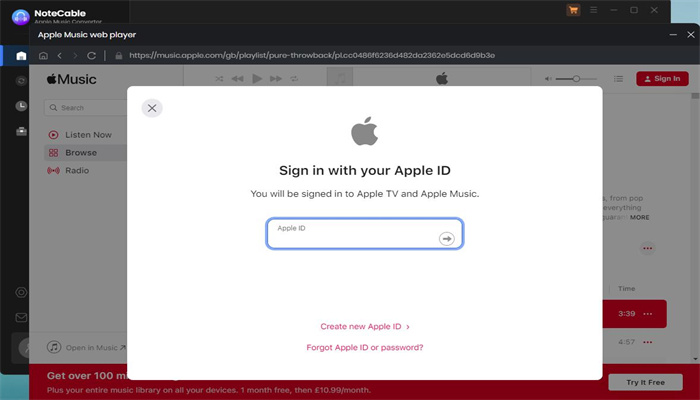 Step 2Now you get access to the Apple Music library. Go ahead to the Settings window. Here you should change the output format from Auto into ALAC. What’s more, you can customize the bit rate, sample rate, output folder and etc. 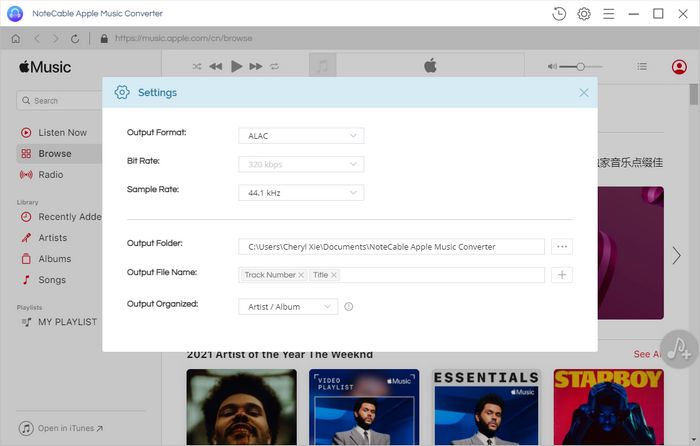 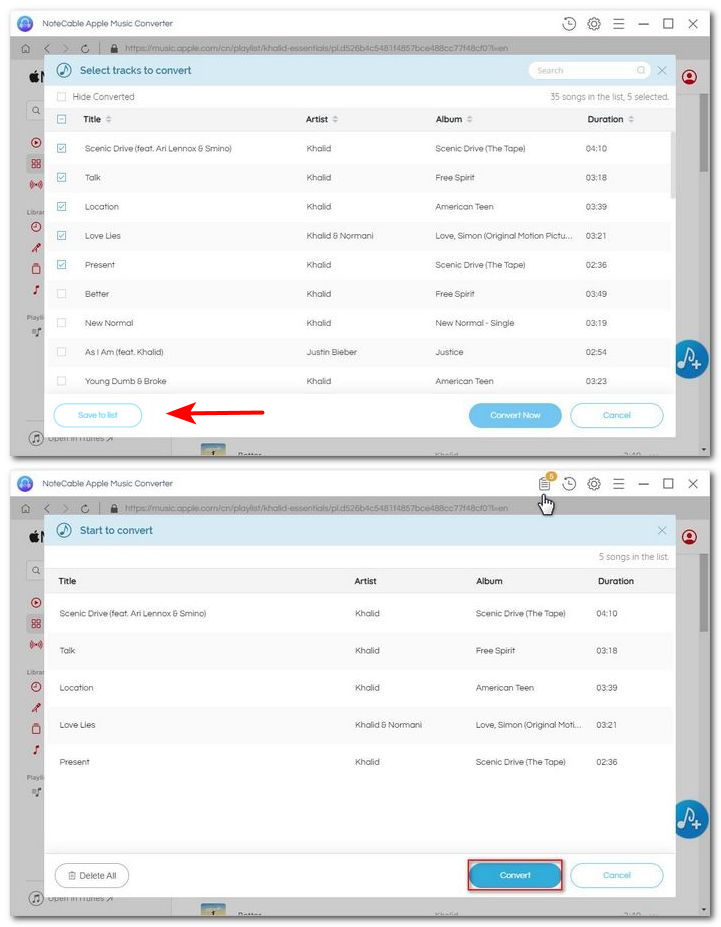 Step 4Now you just need to patiently wait till the songs finished conversion. You can view the converted Apple Music on the History module. And the ALAC files can be played via a media player on your computer, like Windows Media Player, VLC Media Player, etc. 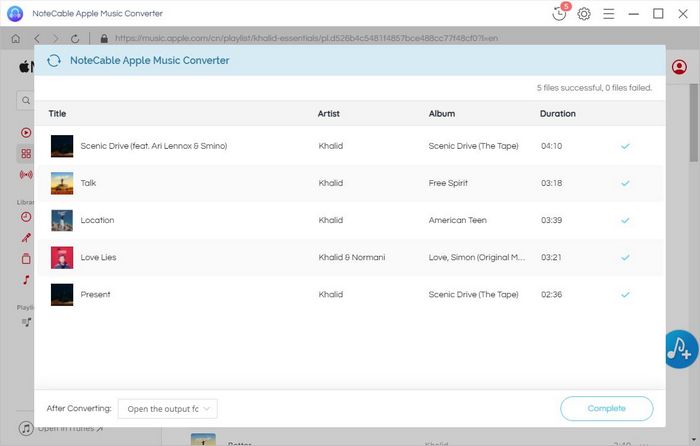 Note: The free trial version of the NoteCable Atunes Music Converter enables you to convert the first three minutes of each song and convert 3 music files simultaneously. You can unlock the time limitation by purchasing the full version.

Apple Music lets its subscribers listen to lossless audio for no extra charge. You can listen to or download lossless audio from your iPad, iPhone, Android, or Mac. And also, with the help of NoteCable Atunes Music Converter, you are allowed to export Apple Music in ALAC format from the Apple Music web player on a Windows or macOS computer. Don’t hesitate to become a member of NoteCable. We have many powerful music converters and helpful video downloaders. 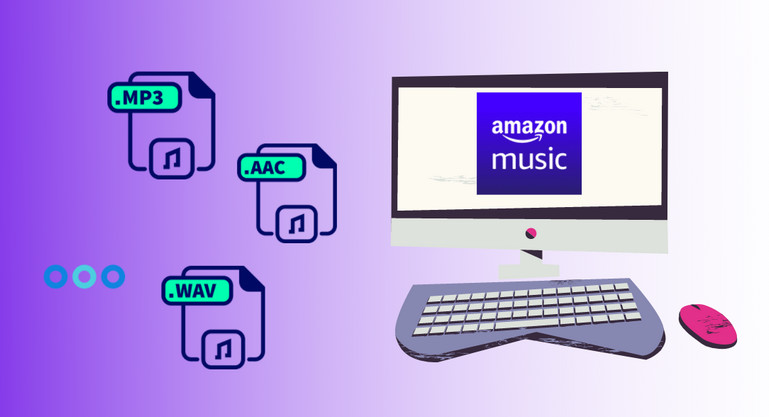 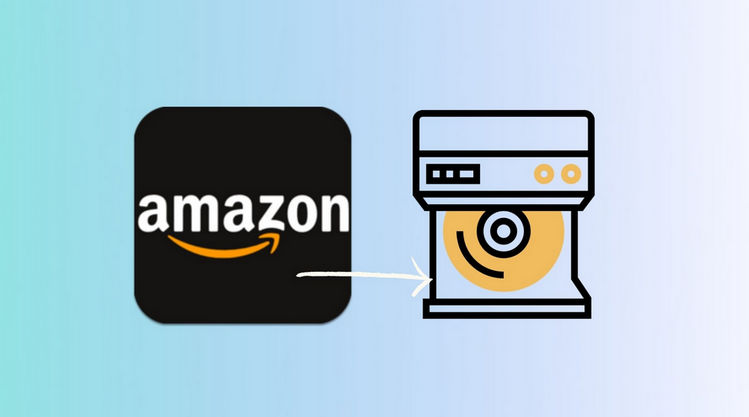 How to Burn Amazon Music to CD 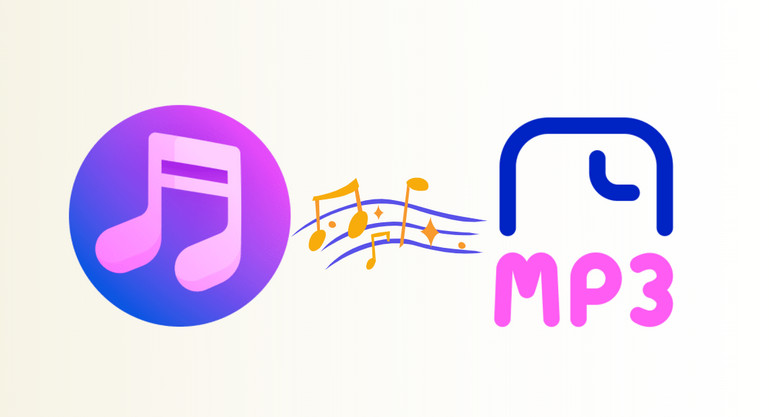 How to Convert Apple Music to MP3 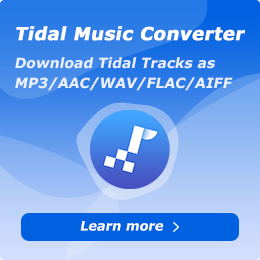